These are unusual times. These poets are tale-tellers of their world. Their poems are for real people. 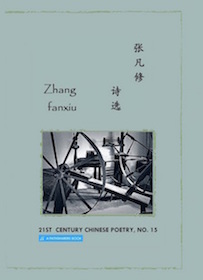 Zhang Fanxiu was born in 1958 in Hebei Province, and has been a farmer since graduating from high school. In 2007, he moved to western Liaoning Province, and has since produced many poems that reveal a unique insight into nature, the land, and rural life. He has published three books of poetry: Writings from the Moors, The Spirit of the Earth, and Only the Earth.

Order a paperback from your local bookstore or online

From Selected Poems of Zhang Fanxiu

All rights reserved. Reproduction with permissions only. 版权所有，未经许可，切勿转载，违者必究。
➤