THE JOURNAL OF21st Century Chinese Poetry 《廿一世纪中国诗歌》is an independent journal committed to showcasing the best of contemporary Chinese poetry. We exist to discover and celebrate poetry and the Chinese poets who write them with the largest possible Anglophone audience.

In the early twentieth century, The May Fourth Movement (1917-1921) launched an era where vernacular Chinese was for the first time accepted as a legitimate poetic voice. This was followed by an outpouring of verse written in 'plain speech' by people from all walks of life in contrast to the classical, elitist poetic forms of imperial China.

A century has now passed since these 'new' poetic voices emerged. Vernacular poetry has continued to blossom in poetry journals and in cyberspace.

The editor and translators at 21st Century Chinese Poetry are committed to translating poets from across China who would otherwise remain virtually unknown to Western audiences.

Please send all enquiries, suggestions and corrections regarding 21st Century Chinese Poetry to Meifu Wang at:

 A NEW SEASON OF POETRY

From 2019 to 2022, our editor and translator team worked in partnership with China's Poetry Journal (诗刊), to bring contemporary Chinese poetry to our readers. Poetry Journal (Beijing, China）was founded in 1957, with an emphasis on the publication of contemporary Chinese poetry as well as classical poetry by living poets. It is the widest-circulated poetry journal in China.

Circulating more than sixty years, the journal has brought together and introduced a great number of poets, reflecting many of the sweeping changes that the country has witnessed over that period.

Read these poems here:
POEM OF THE DAY


 YET ANOTHER SEASON OF POETRY

Since summer of 2022, Meifu has turned her focus to her own poetry, but plans to continue to translate a set of poems by a contemporary Chinese poet every season.

Please continue to visit this website and look through the poems we translated over the years,

or read some of Meifu's poems: Dirt Road Water Droplets Sea Crag To Melville To Father Dirge Reading Baudelaire Into the Night 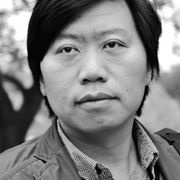 Li Shangyu was born in Anhui Province. He is a graduate of Anhui Normal University, with a degree in Chinese Language and Literature. With his academic study, he developed a deep love for Japanese literature, which has influenced his writing until today. His poems have appeared in numerous literary journals in China. He teaches at Anhui Teachers College.

POEM OF THE DAY

All rights reserved. Reproduction with permissions only. 版权所有，未经许可，切勿转载，违者必究。